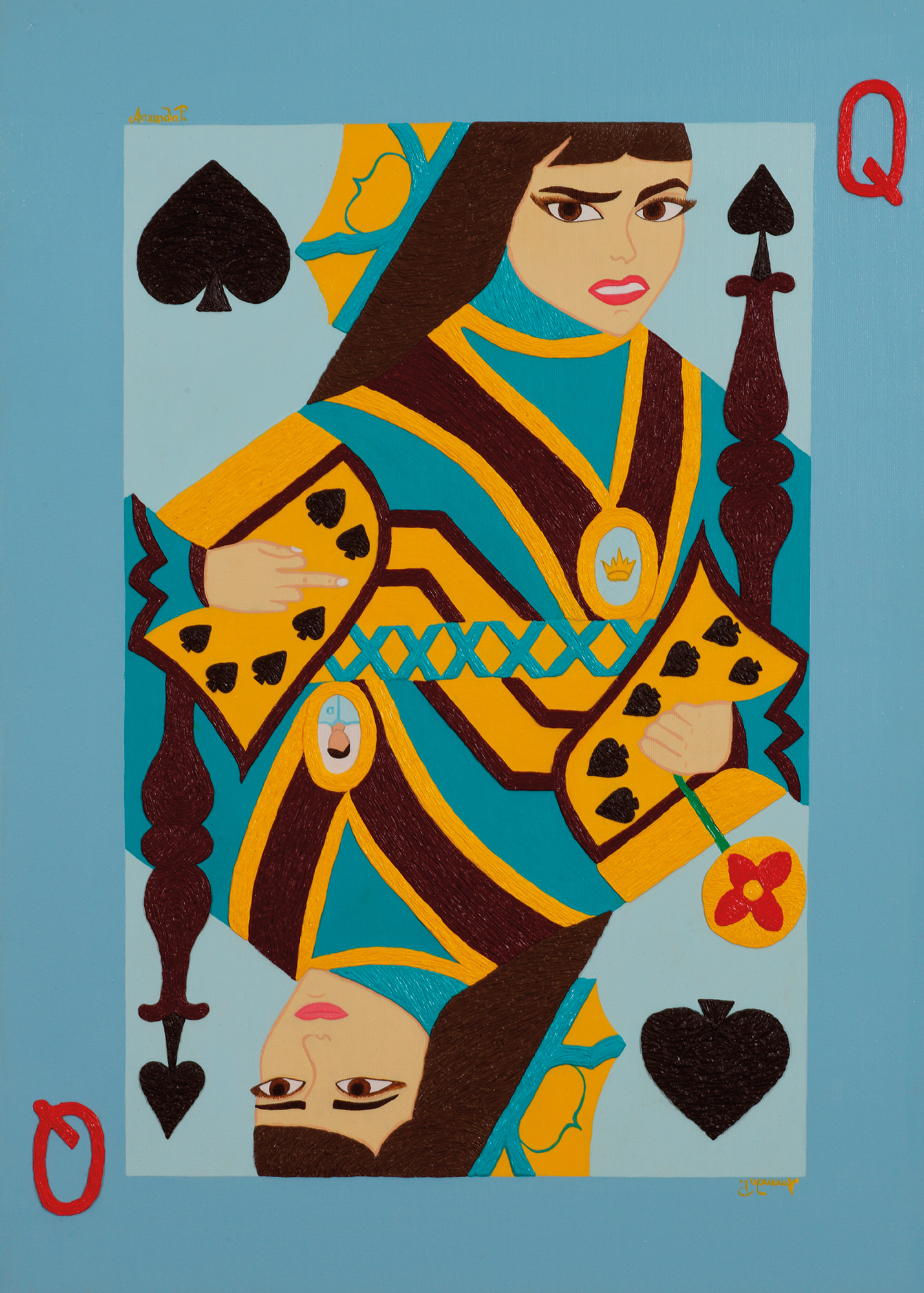 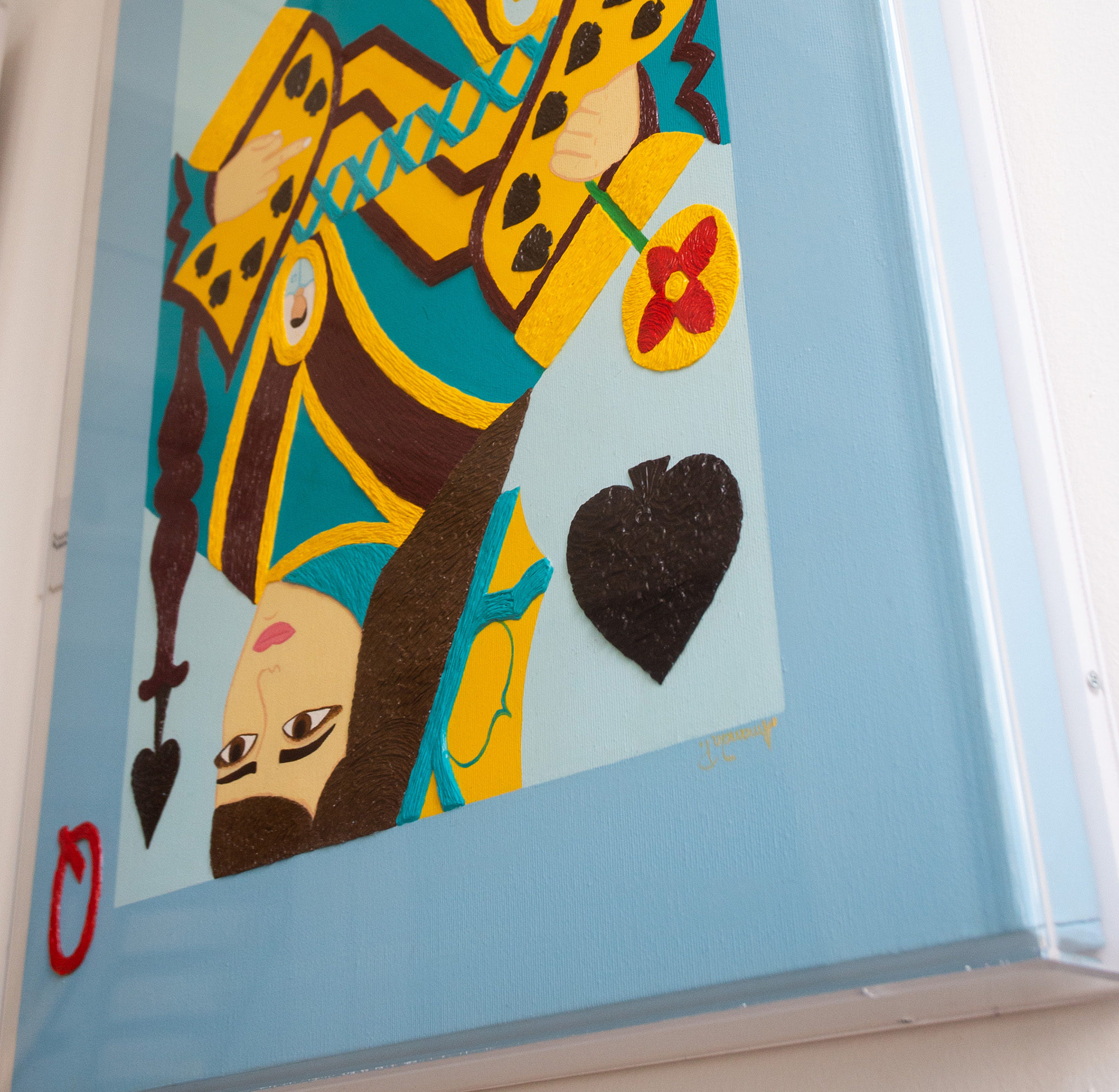 The arcane language of Amanda puts another spell on the relation between the Queen and the King of Spades. The Queen card shows the usual combination between opposite attitudes, which are called “Malice” and “Melancholy”. Once again, all the different features used to explore the human complexity, first of all, correspond to the different issues of artist’s complexity. The painting shows on its upper part a woman with a quite stern look. Her face looks like an impenetrable armor, where which no crack can be seen. With her precious accessories and garish clothes, which confirm her role, she stands above everybody else in all her majesty.

The crown symbolizes an inclination to dialogue, although with a certain stealth. Her stuff topped with the seed of spades, which indicates her determination in passing all the obstacles on her way, reveals something not quite innocent about her overpowering hunger. Every foray into the social world is hardly endured, the relationships are spoiled by the desire to get ahead professionally, to pursue the idols of material success. She’s a careerist woman, ready to anything to get what she wants.

The jewel softly fallen on the chest has a small golden crown, a symbol of her way of speaking, moving and behaving, essentially trivial, yet aesthetically appealing. She has confidence in her ability but she is not a hero in the ordinary sense of the term. The ornaments of the sleeves represent professional goals. The yellow and the turquoise suggest the idea of redemption on the off-chance that she’ll do it… in spite of the middle finger.

The opposite side of the “Malice” is called “Melancholy” or “Melancholia”, clearly an heritage of the work of Albert Dürer. Amanda tells us about a propensity to yearning, an emotional blackout, during which the woman described by Amanda is troubled, perhaps in need of an armistice with her personal ghosts, which, on time, plague her choices. We must look into her past, her wound and loss, to find the keystone of the painting, and the male effigy, as well as the mood of dismay on her face, is a direct evidence. The soft nuances of the clothes speak of a poetic and dreaming personality, cut out to be disillusioned, unfortunately.