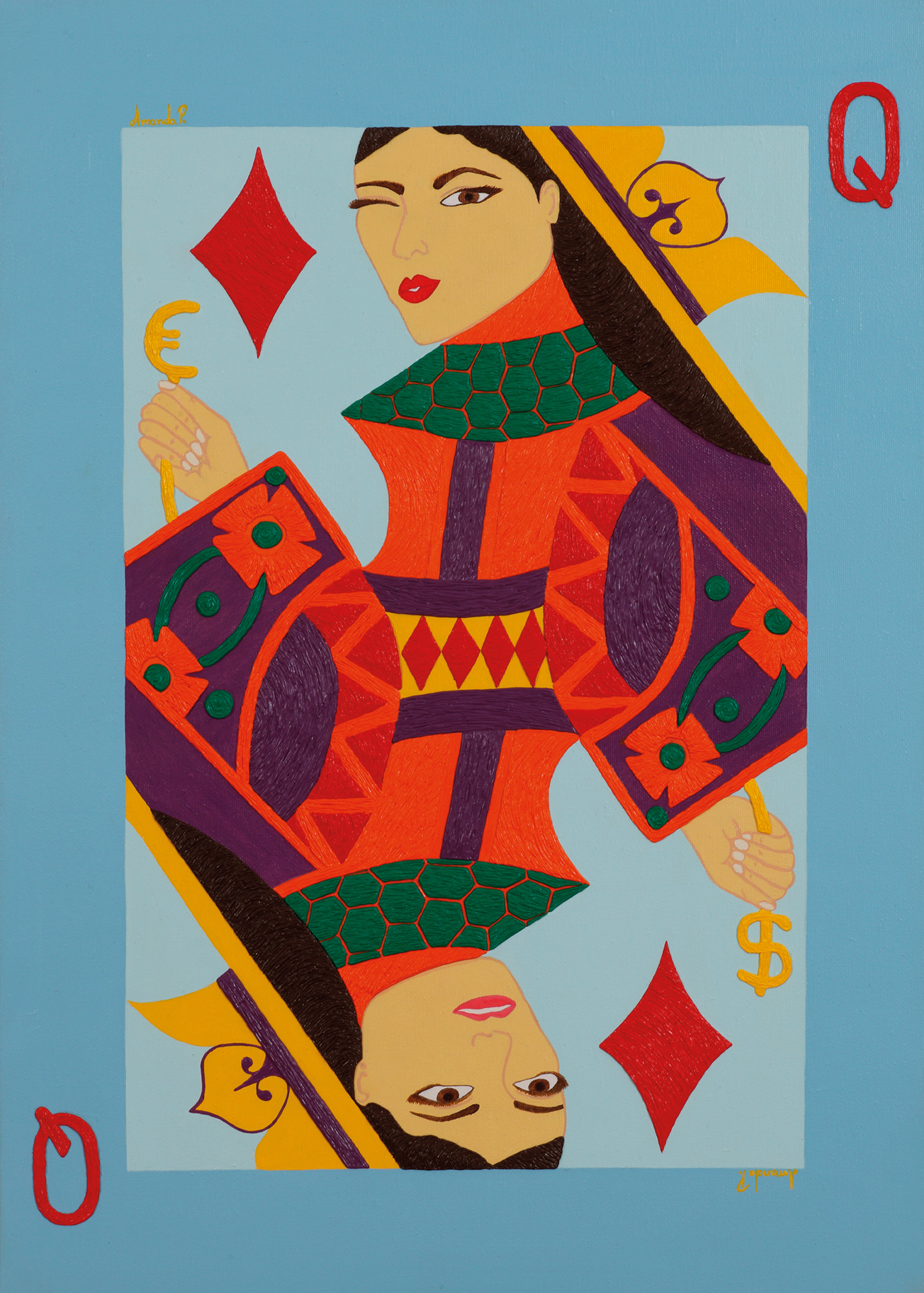 Once again Amanda reproduces, using as always a sophisticated symbolical patch, the split attitude of the contemporary woman to emancipate from the a society strictly patterned on western models of pragmatism. The painter tells about the efforts made by every woman to cultivate herself.

The upper part, called “Comfort”, represents the sparkling side of a woman strongly determined to achieve, however high the cost may be, her goals. Her compelling gaze reveals all the ironic and seductive verve that accompanies her choices. When she has to face quite unprecedented problems or when she has to make decisions, she uses an empathic intelligence, supported by an ineffable self-confidence. Her crown symbolizes the ability to think out of box and compete successfully in every context, as also suggested by the euro, which stands out among her fingers.

The emerald necklace represents the attempt to meet the targets but also the idea of prosperity. Everything about her, from the purple and orange robe to the belt, speaks of a woman full of confidence, awareness and dignity. The flowered sleeves decorate figure and their message sounds like this: being alive involves being an insistence on life, and nothing but life.

Another aspect that characterizes the woman’s emancipation is called “Limitation”. In this part nothing seems to be right or certain, even the

woman doesn’t offer a placid image of herself. Her face looks frowning with a perplexed expression, as if she were facing a failure.

The golden crown tells of her strong will to achieve concretely material targets. But Amanda, also insisting upon the symbol of the dollar, shows how human will can become mere ambition, if not greed, when creativity and spiritual values are wholly lost.