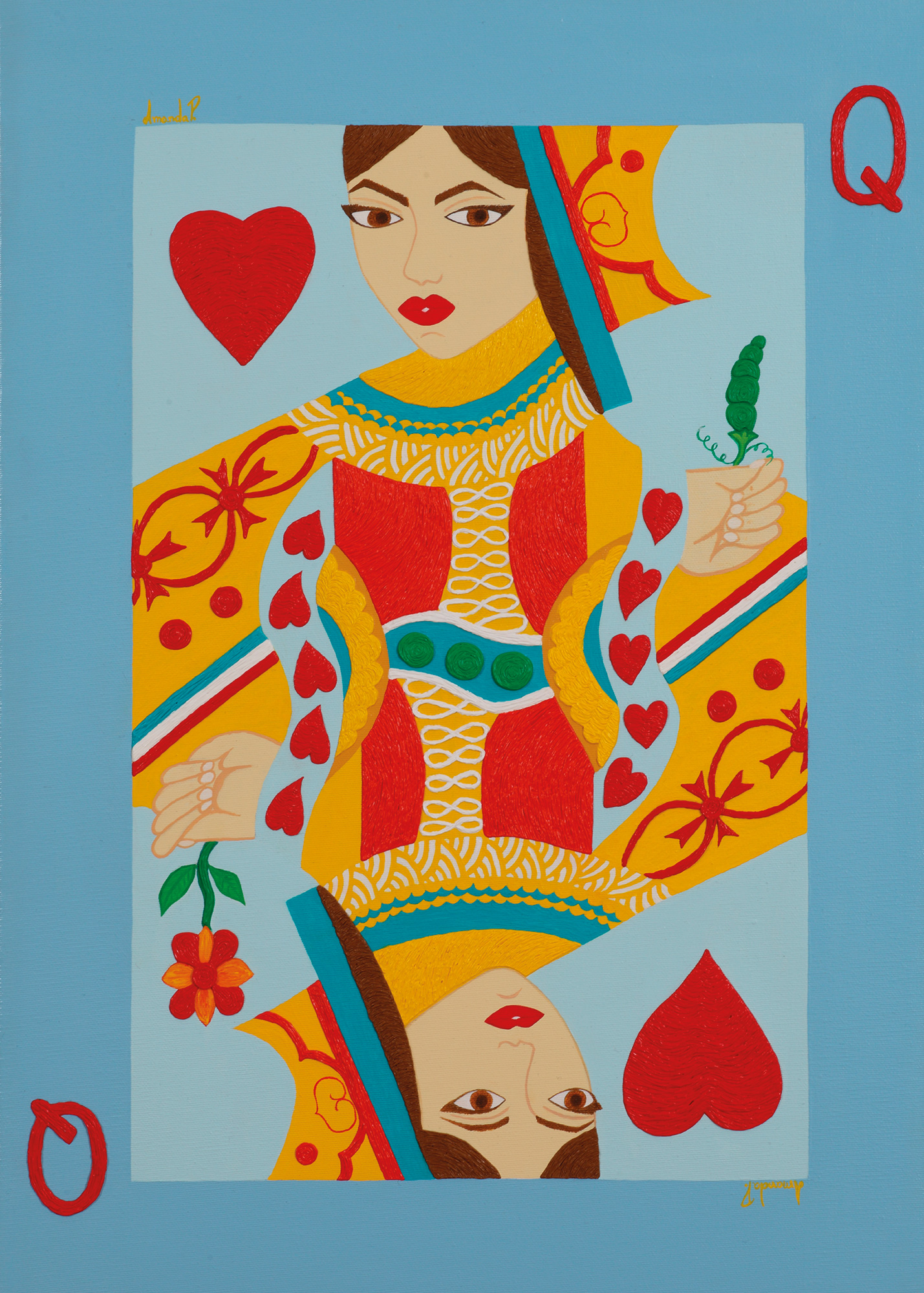 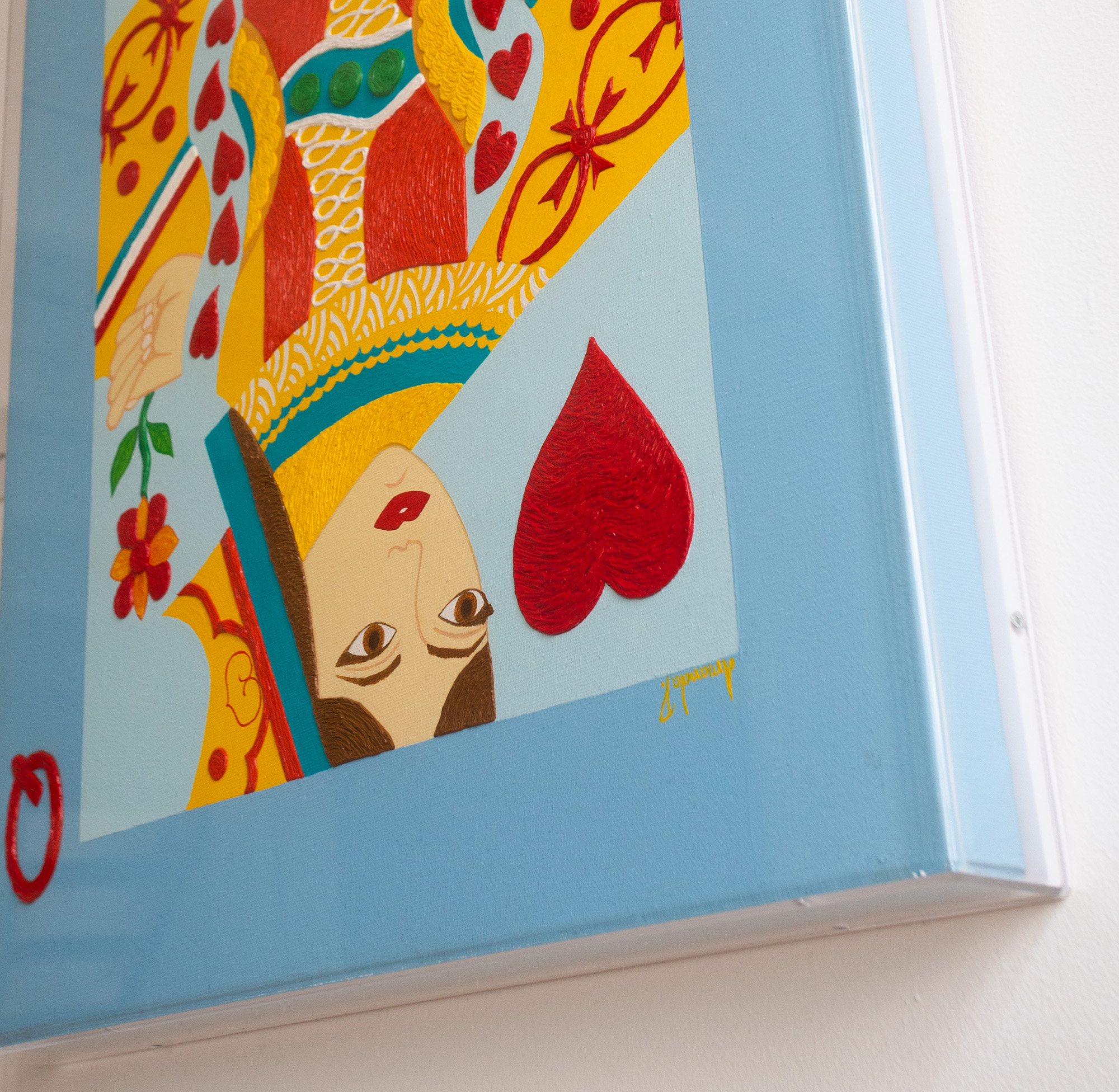 Again, a binary arrangement of the representation of identity. In this case, the feminine nature is renewed by the Card of Queen of Hearts, within which we can find the artist’s personality. Every woman perceives every single experience as a continuous flow of the “already expressed” into “the not yet”. As a consequence of this conflict, the Queen of hearts is nothing but the reflected image of the artist’s evolving identity. In Amanda’s painting, with its stress on the supremacy of research to the detriment of personal experiences, the observer recognizes the importance of unconscious as well as conscious life.

At its height, the Queen of Hearts is called “Demand”. It represents the reflection of unfulfilled needs and unexpressed pulses questioned by the social laws and the paralysis of communication. The Queen reveals signs of unhappy but, rather than exploding her heart all over the King, she prefers to look at the branch of peas (symbol of dependence on material idols, clearly a legacy of South America mythology). The artist emphasizes a sort of emotional redundancy towards disappointments, loss, etc. However, the furrowed expression cannot hide a relentless will to find a dreamy love. The Queen’s belly is decorated by enclosure with three peas (again, a reference to the dullness of those who remain anchored to the past, with no goals, no dreams). The golden crown symbolizes a dreaming and romantic attitude. Instead, the idea of an eternal love, represented by the crimson apple placed in the crown itself, which doubles up the sleeve,

indicate an essential male presence as a counterpart. Yellow and red trace their roots to a passionate, feminine nature, further emphasized by a legion of hearts, which represent love, despite all the difficulties of existence.

The opposite image of the Queen, otherwise called “Romanticism”, evokes a femininity so far from contemporary destruction of illusions. The image shows a face candidly aimed at the heart, maybe the symbolic allusion with which the personality of Amanda appears more intimately.