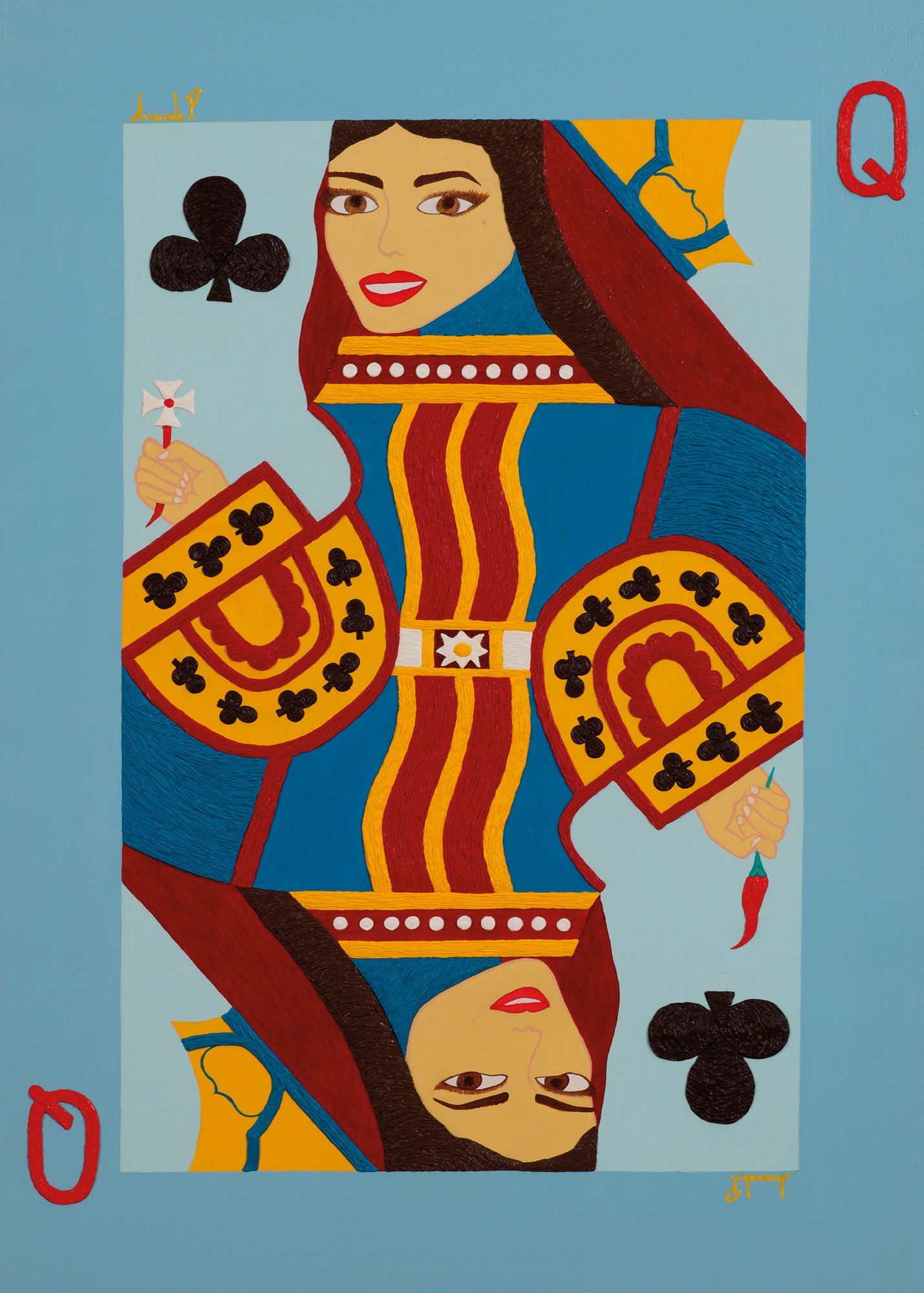 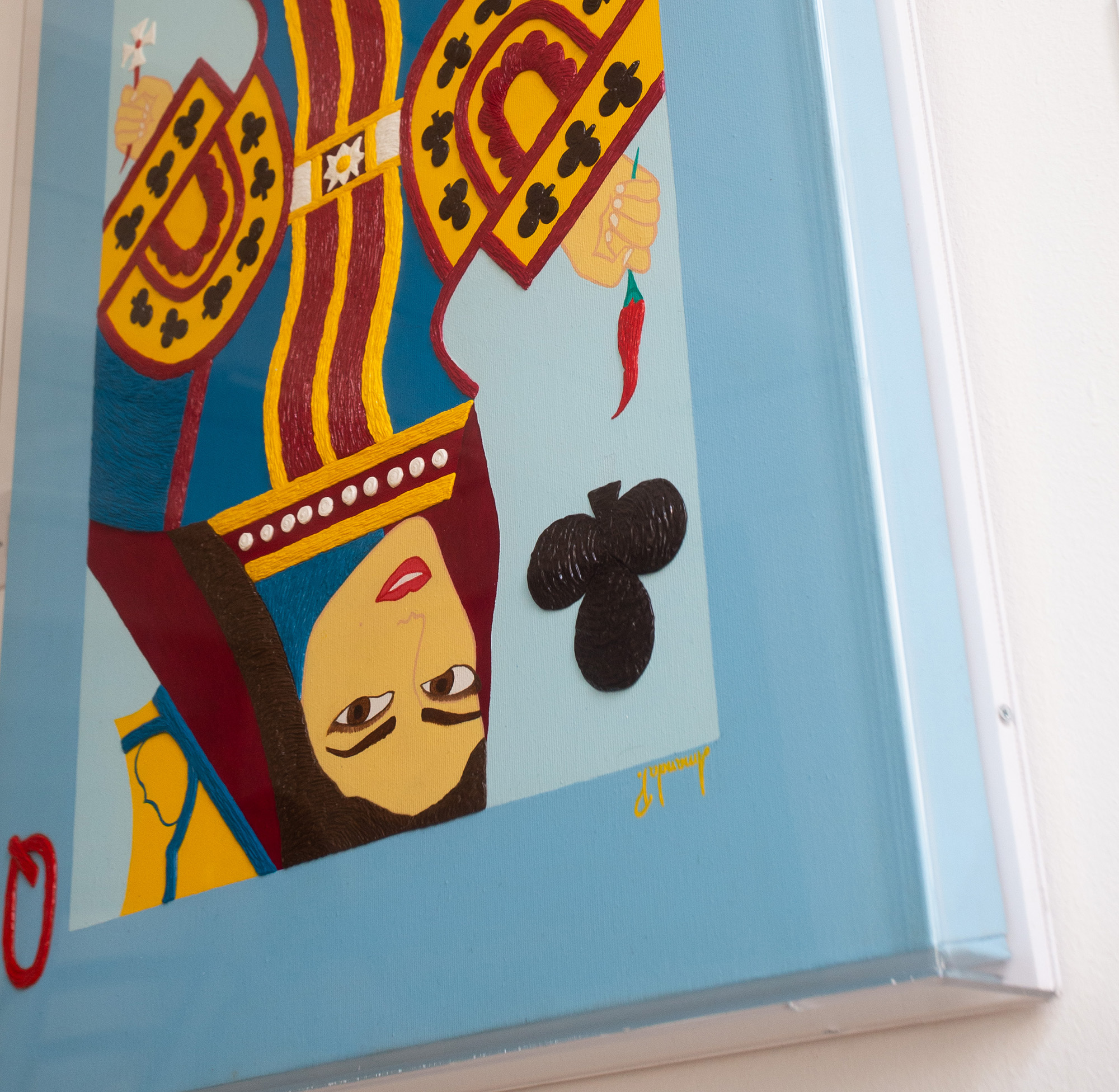 The Card of the Queen of Clubs embodies the natural ambivalence of human being and is represented as an oscillation from one state of being to another, from wisdom to superstition, from virtue to vice. The top of the card is named, precisely, “Virtue”. As we can simply deduce by the word, the meaning refers to its classical concept and emphasizes the benevolence feeling, understood as a spiritual and moral state of mind.

Amanda juxtaposes two philosophical methods to present the same theme from different perspectives. The first comes from Aristotelian school, the second comes from the investigation of Spinoza, which is an articulated interpretation of Stoicism. Her virtue will be entirely safe, according her personal values. The Virtue is presented as the fusion of the four classical virtues ( Wisdom, Justice, Courage and Equilibrium). The inspiration of Christian philosophy from the Middle Ages merges with the Confucian concept of Ren.

The Ren can be translated as benevolence, disinterested love, which can be reached by the practice of five virtues: magnanimity, respect, diligence, kindness and honesty. According to Amanda, the golden crown of Virtue represents precisely these moral attitudes. The pearls of the necklace instead represent all the endless challenges and tears shed in the name of greater good.

The bling in her hand is nothing but belief in spiritual life of her man, whose purity is also expressed by the flowers displayed on the sleeves. The belt puts a focus on Venus, the planet of love, both physical and spiritual. But the Queen is also defined as “Vice”. This part of card shows quite clearly a man faced with the limitations of his own condition, especially because of his ordinary attachment to life. The crown becomes an object burdened by the limits of his mediocrity, and each pearl points to frustrations and unfulfilled desires. The bizarre symbol that he’s holding represents ignorance and superstition. Venus, in this case, must be concerned with the theme of desire in its unexpressed and regressive dimension.