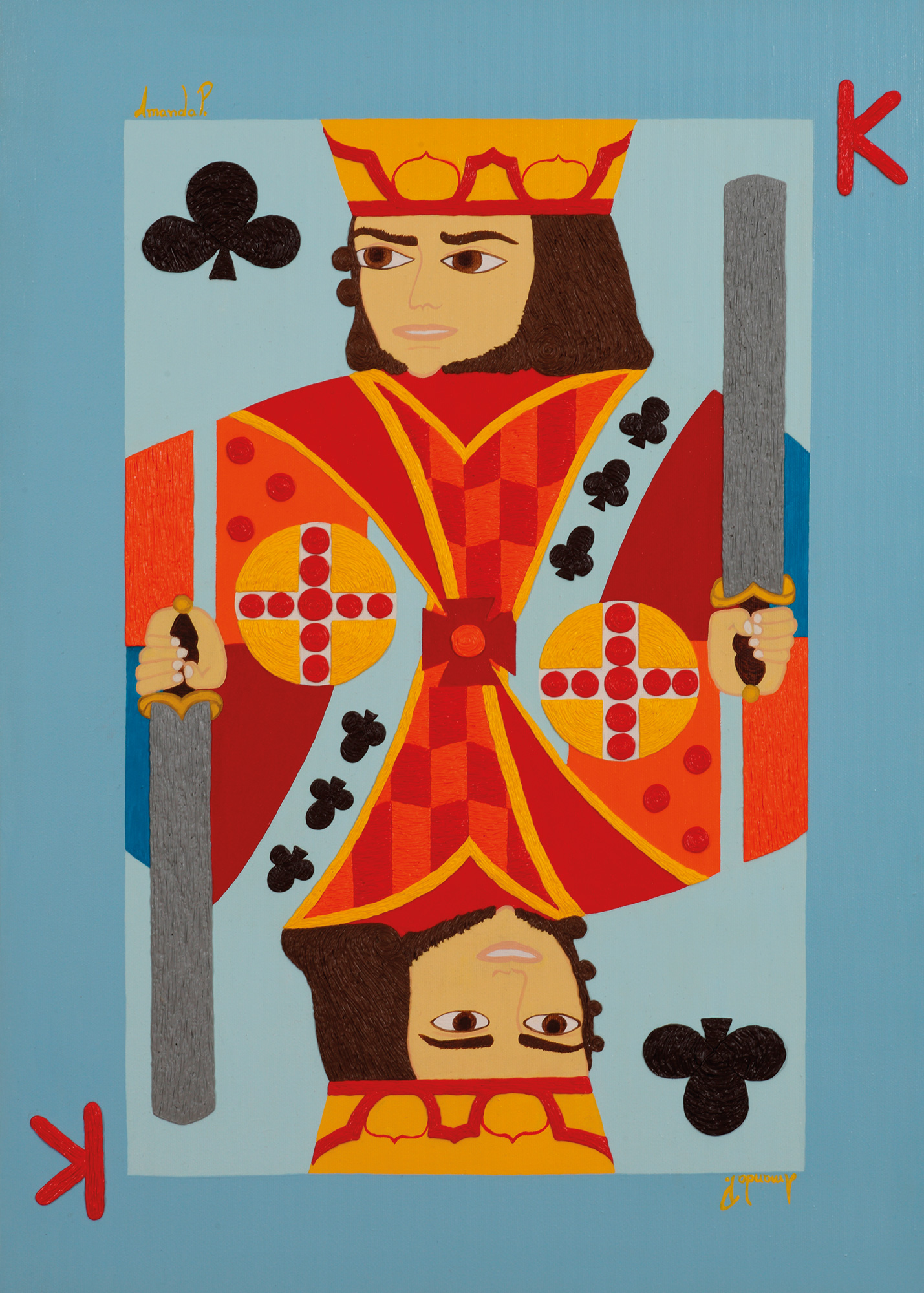 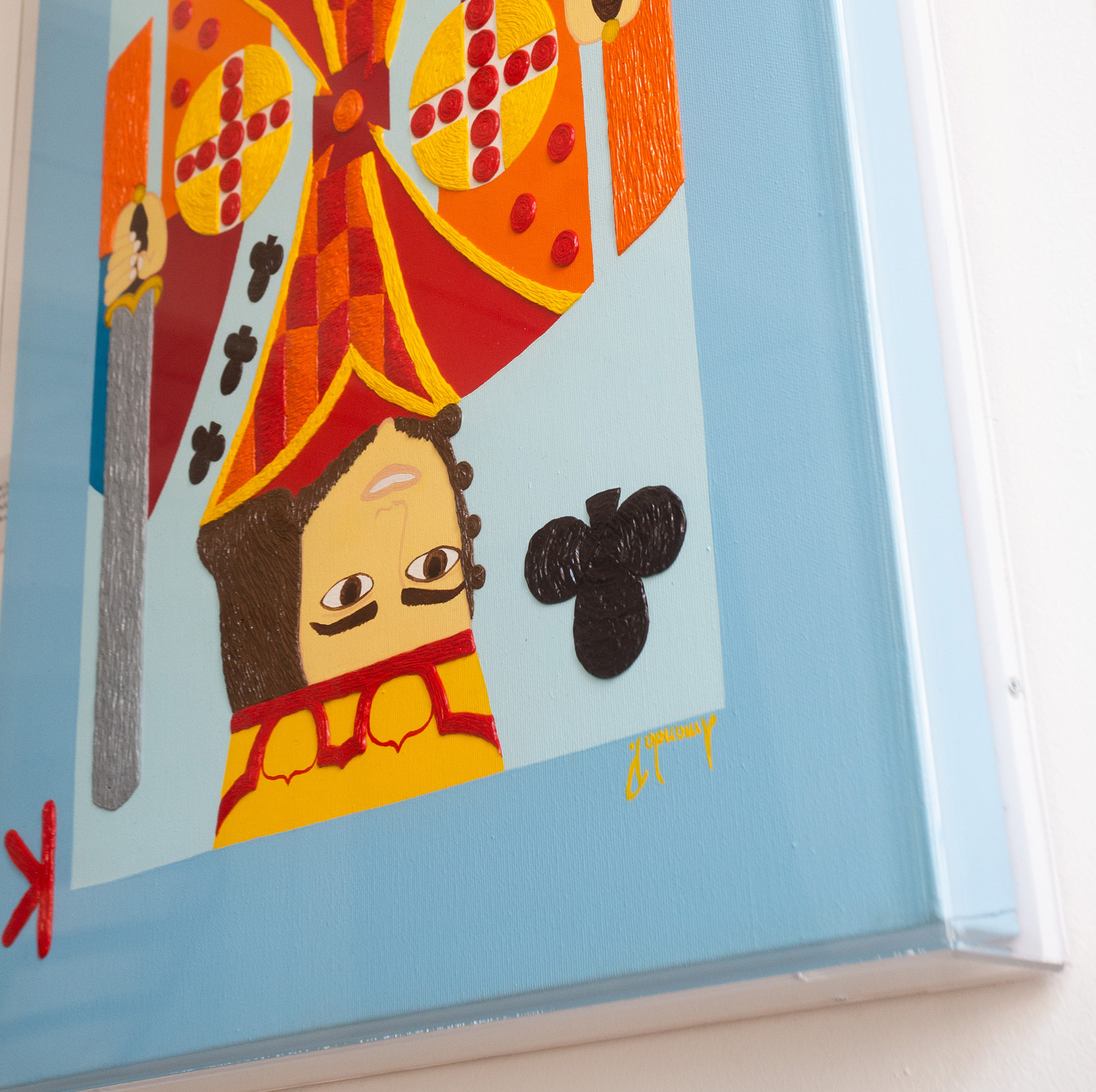 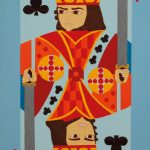 “Integrity” is the title given by Amanda to the top of the card of the King of Clubs. The man who complete his mission following the principles of his specular image, the Queen, named “Virtue”. His qualities are strength, will and sweetness. His face seems illuminated by serenity and calm, which derive from his blind faith in deepest values. He’s full of love and virtues. His sword represents the ability of communicate the fundamental values of his ethic.

His silver tongue comes from his depth of feeling. The circular crest, decorated with nine red Greek crosses, alludes to his edifying mission in the service of peace, brotherhood and love. The flowers painted on the strip of fabric on his shoulder represent the skill that he’s built up over the years to turn every trouble into a moment of transcendence and personal growth.

The warm colors, once again, symbolize positivity and optimism in terms of energy spreading around the world. Instead, the opposite monarch is called “Foxiness” and embodies a second attitude fully voted to destruct all the values pursued by the first one. His look, treacherous and sly, clearly reflects a kind of narrow-mindedness. Furthermore, his crown is nothing more than an intimidating instrument – as well as his sword – to get what he wants. The sigil with crosses, in this case, contains the features of all the negative energies that he can blow up.