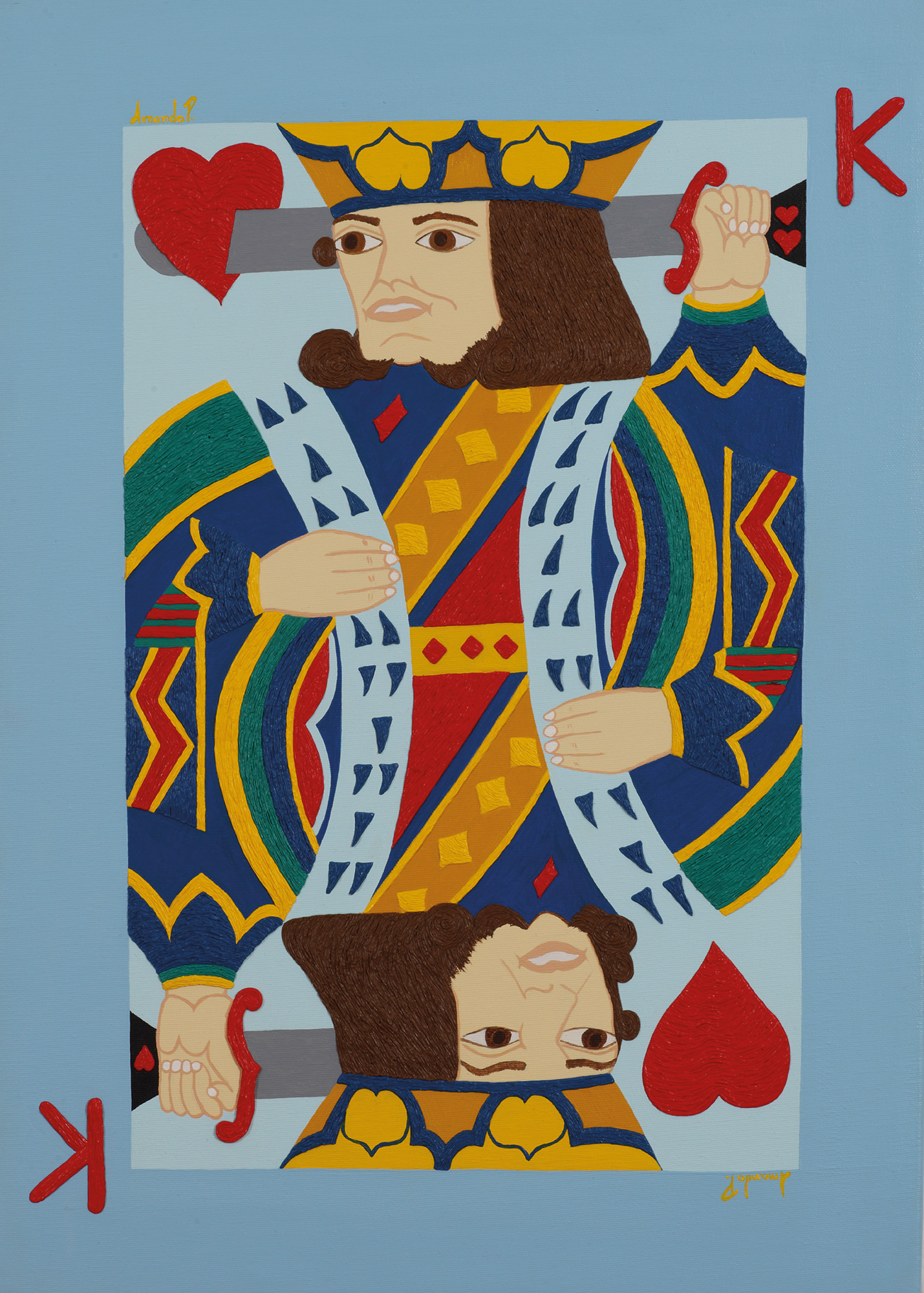 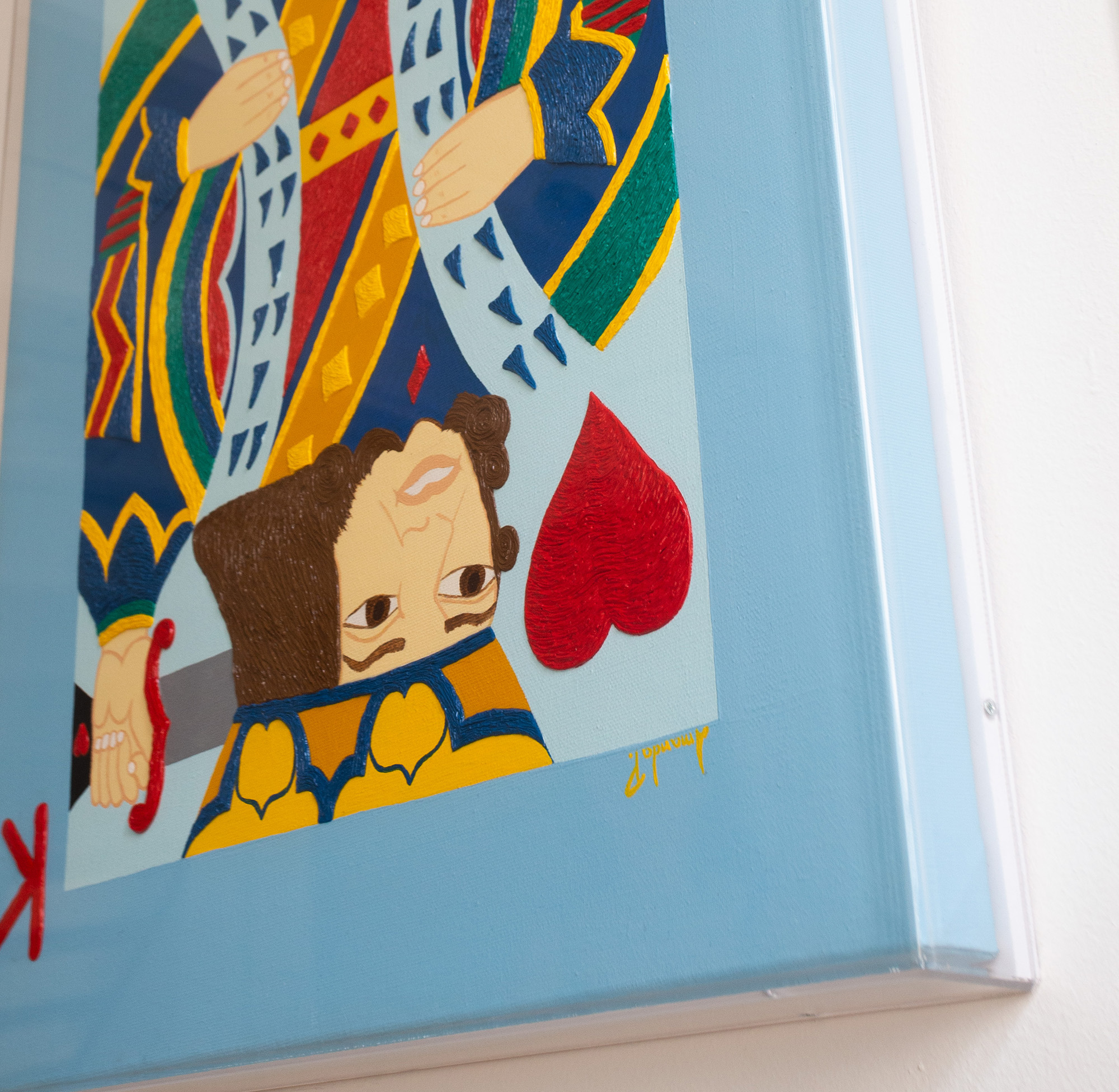 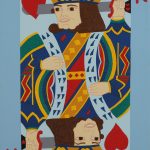 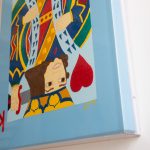 As for the Queens, the King’s card plays on duality of the human being. In this case, the Card splits into “Confidence” and “Doubt”. In the upper part, otherwise called “Confidence”, parades an aristocratic silhouette, royally dressed up as it conforms to its rank. The figure, haughty and distant, looks at an imaginary horizon and proudly keeps a sword that pierces a heart. This effigy embodies the attitude of who has introjected his fears and self-doubt and has made his personality surely strong.

Deeply motivated, the male has no fear of any challenges and accepts all the contradictions around him. The heart seems to accept meekly the inferior position compared to an obvious but not so negative ending. He has two hearts set into the hilt of his sword, clearly an evocation of two related creatures. Again, about clothing, each color contains a link with a symbolic and an allegorical meaning according the studies completed by Amanda during her artistic growing. The colors suggest emotional balance, wisdom and introspection.

The lower part, named “Doubt”, symbolizes the contemporary man’s struggle, haunted with the idea of love and the desire of climbing the evil ladder. This dichotomy leads him to a limbo of expectations and inconclusive results. “Doubt” represents the failure of the contemporary man, unable to replicate the coincidentia oppositorum of the man of the past. With his left hand (limb of delay) he penetrate himself and his own failures rather than a woman’s heart.

The clumsy gesture, stressed by the intolerable weight of the sword, describes how many unsuccessful interpersonal relationships are altered by an inability to solve – or just encompass – all the frustrations, rootlessness and irrational forces of the Ego. Everything seems artifact and affected by hesitancy and disharmony. Another importance is placed on the sword, which also symbolizes the flow of thoughts toward a purpose not impossible to achieve. Despite the positivity, in the affective field, but not only, presaged by the seed of hearts, in the case of Kings and Queens, Amana has simply given voice to her personal experiences, declaring peacefully that every type of mask hides many dynamic features constantly changing.