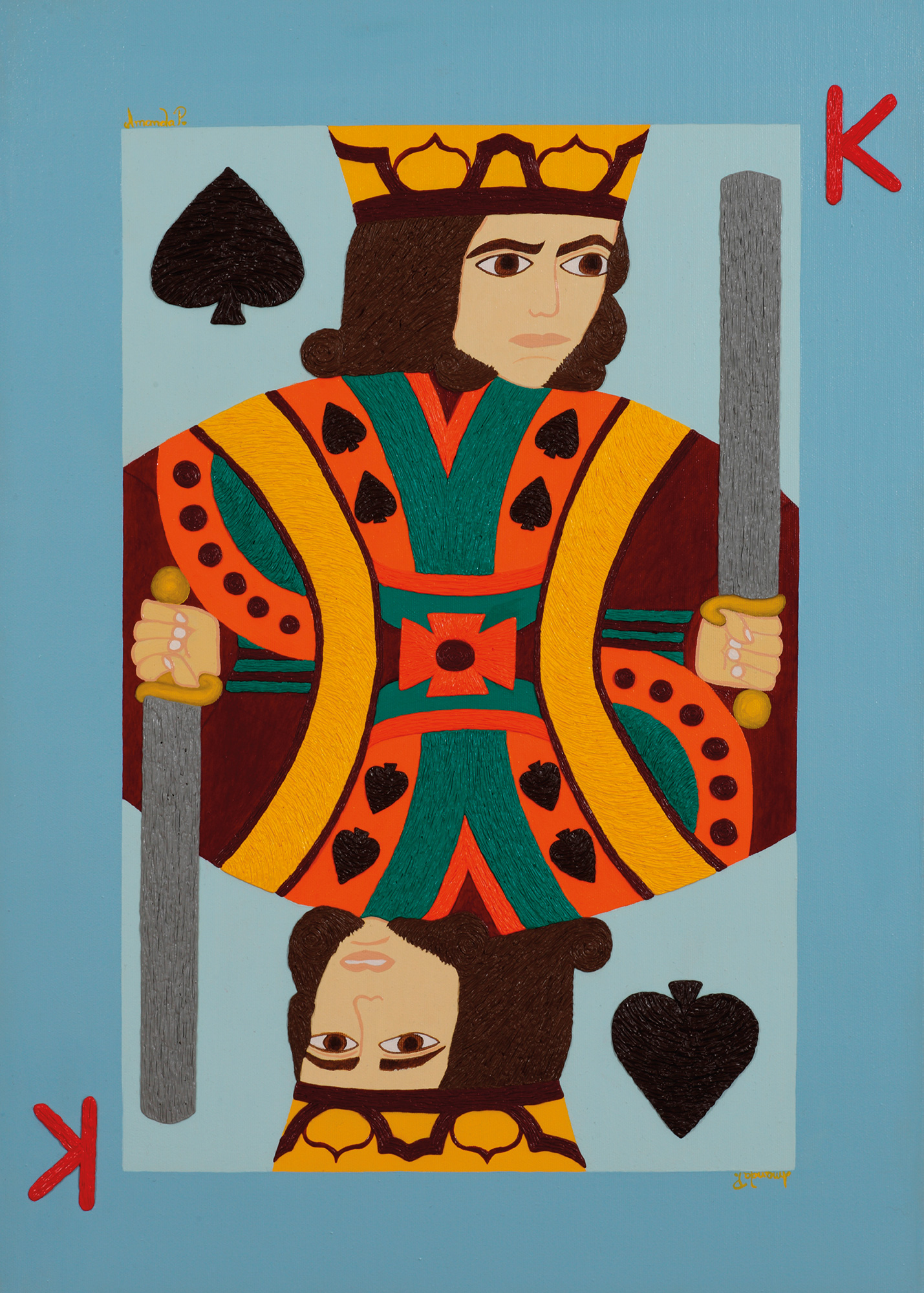 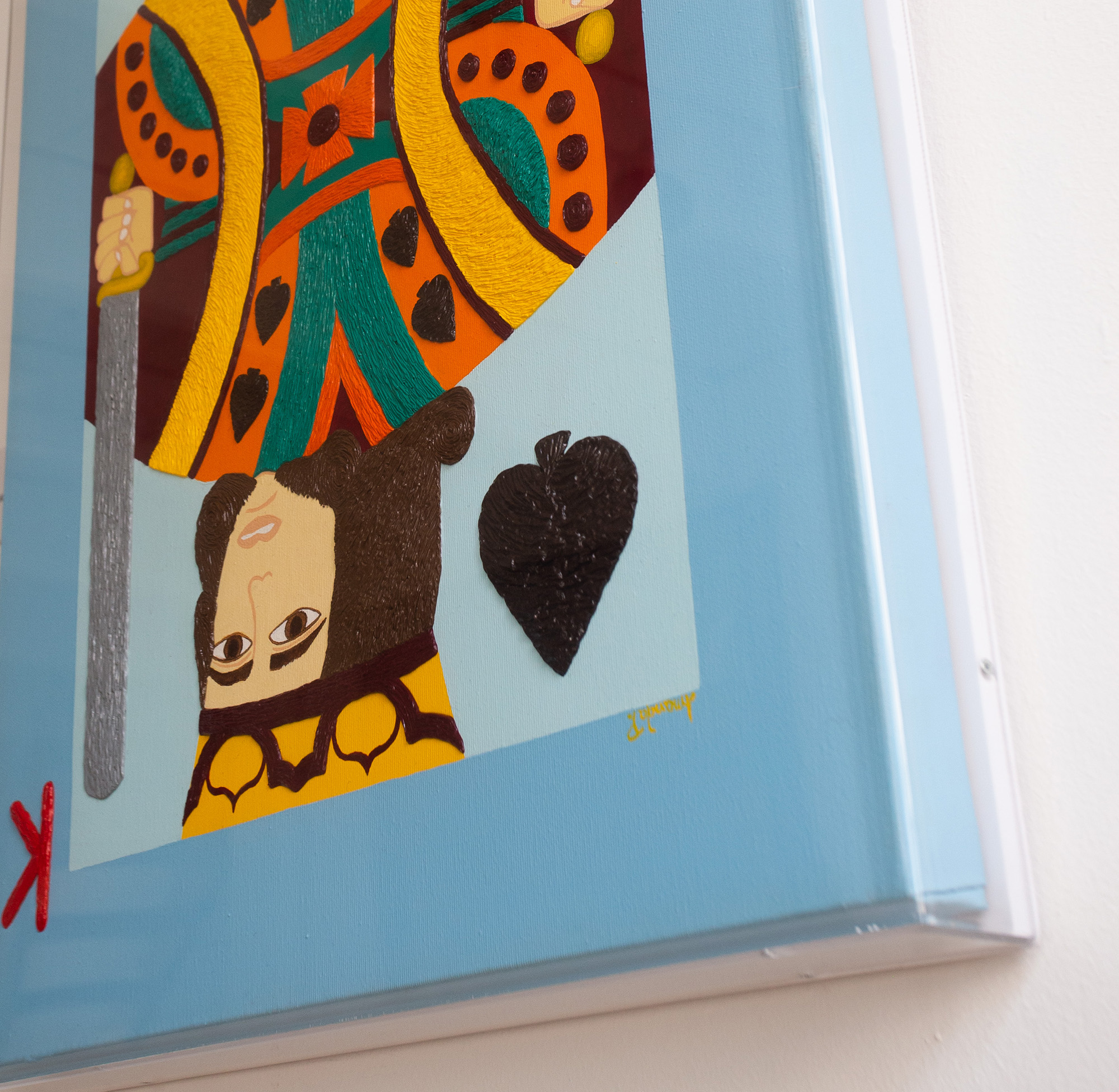 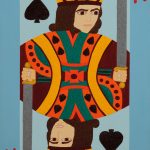 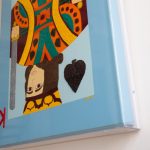 The proud King of the same seed is the counterpart of the Queen of Spades and it’s represented in a dual declination called by Amanda “Pugnacity” and “Surrender” . The figure in the upper side of the card tells of a trivial and warlike attitude. The man who embodies it avoids the possibility of dialogue, is inclined to anger, and turns his own impetuous irascibility into a desecrating language towards others. His vulgaris modus agenda is clearly on his face, which shows a very eloquent physiognomy.

The sword that he swings so arrogantly reveals a selfish borderline personality of who achieves his goals trampling down the rights of anyone. The golden crown indicates a pragmatic combination of ideas and thoughts, incarnated by a man that feels comfortable in every competitive atmosphere. He is the fusion of all the social declinations of men deprived of the qualms, which are essential to embrace humanity, despite the gaps. The seeds of spades on his chest are nothing more than a sign of his total absence of empathy. The colors, amaranth and orange, describe a dry pleased and self-referential personality.

The bottom of the card is defined “Surrender”. This card represents a man totally imbued with hesitations and fears, constantly overtaken by events. He is unable to align himself with one or the other in the chess match of life and every his decision is corrupted by doubts. He hold on to a sword almost with anxiety but, nevertheless, he is innocuous. He could not hurt anybody, his blade in the dark fails miserably.

The crown on his head is nothing more than a paper tiger without any trace of royalty. The seed of spades on his chest is a spur of ambition but it doesn’t have carried his steps far away, it doesn’t tell nor will it ever tells of glorious deeds. The yielding nature of the man, emphasized by the colors of his clothes, is utterly based on introspection rather than on action. He’s just a man no longer capable of fulfilling his needs.