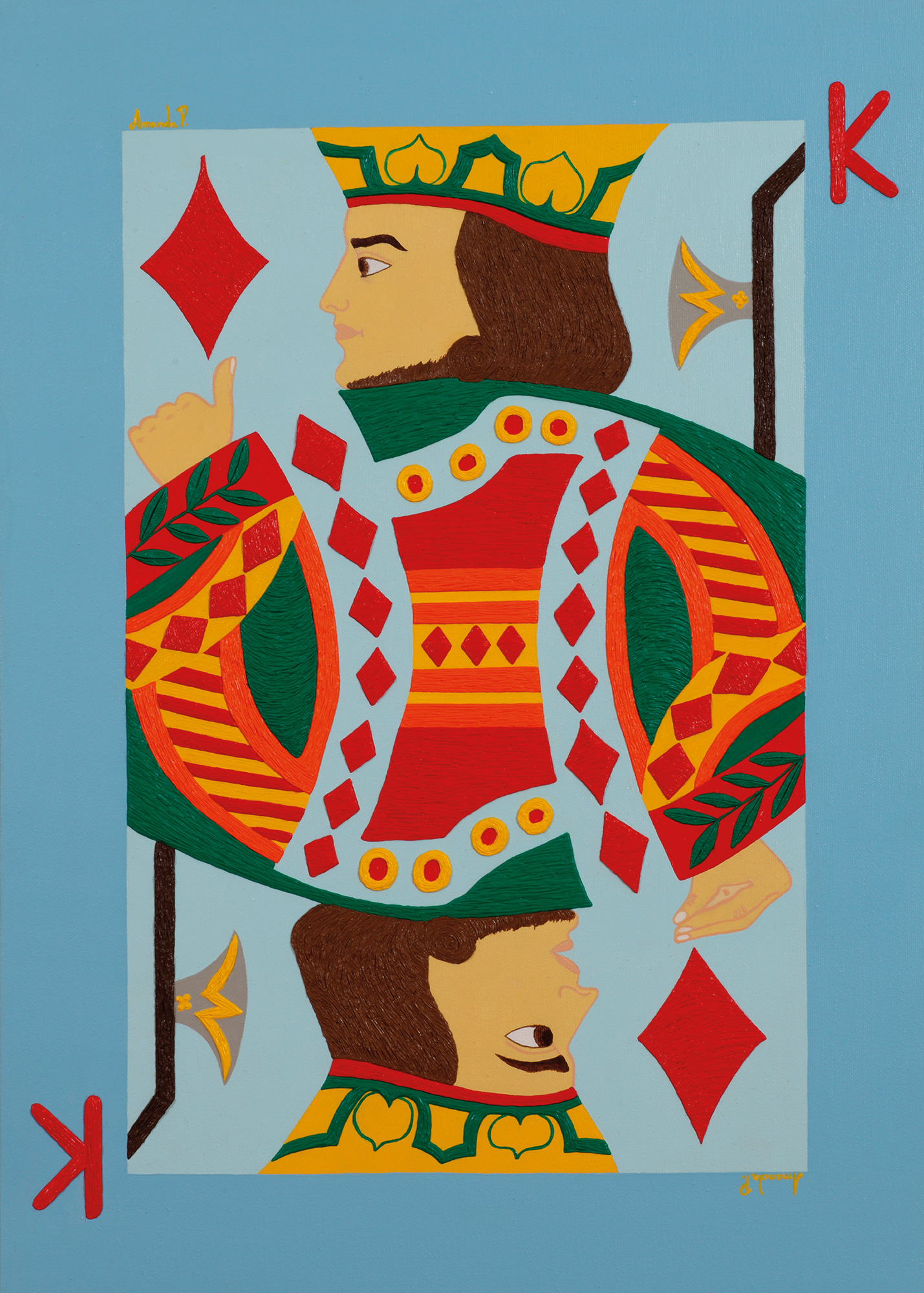 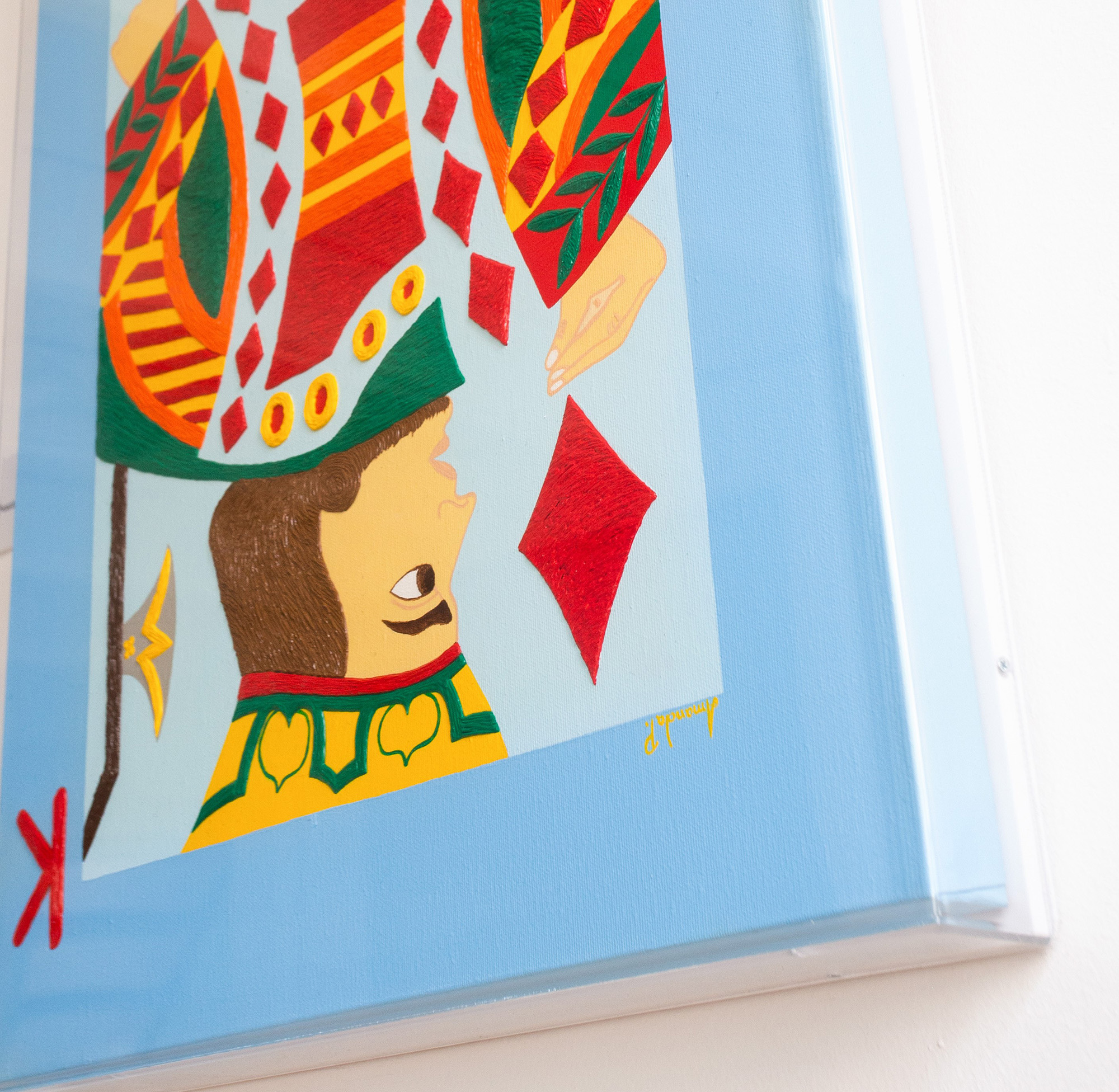 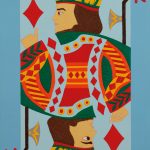 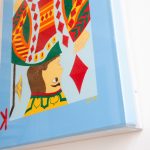 The specular image of what Amanda, in the Queen’s card, names “Comfort”, in the King’s card changes into “Strength”. The King of Diamonds welcomes us with a gentle but also strong-willed look, which almost evokes Dante’s honorable imaginary. Every single detail on his expression conveys the idea of a royal authority.

The golden crown with green and red details, once again, asserts great strength on approaching goals with knowledge and awareness. The ax, ancestral symbol of power, ancient instrument of war, is proudly exhibited as a symbol of those who have hardly worked in the foundation of the ethical laws from which they could not be released.

The thumb of the left hand is a sign of opening to the dialogue , defining a sort of implicit link with anyone who intends to relate to him. His clothes are decorated with golden details and the vermillion belly symbolizes all the goals achieved. The olive leaves that decorate the sleeve show how an economic goal can be obtained with no conflicts or sacrifice in ethical terms. The colors must be seen in terms of energy, participation and honesty.

But, also in this case, to “Strength” corresponds its counterpart: the “Unreliability”. The mimicry is quite eloquent. The unreliable attitude tells of a man soaked with doubt and arrogance as well as the gesture betrays a propensity to fool the others with a pettiness and smooth talking. The many qualities suggested by the golden crown are entirely devoted to deception.
Our pervasive feeling is that material gain implied spiritual loss.

The ax on the shoulders operates on a symbolical level and expresses a mix of narrow-mindedness and allusive behavior that compromise every attempt of honesty between men. The gesture of the hand symbolizes suspicion and closure. The golden shields have different meanings here, because they represent the meagre efforts made by people with no faith in humanity. The olive branch is just an expedient to flatter someone. Fiction and unreliability become the main theme.